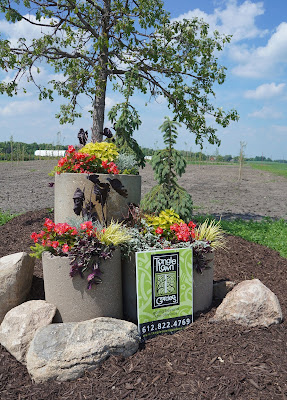 It was a lovely, hot summer day in the countryside.

Let me start by telling you how the tour of the farm came about…  I’m a member of a local organization called Women Who Really Cook (WWRC).   It is a great organization of local women in the food industry.  I joined because I obviously love food and writing about it and promoting it (PR); and it is a great opportunity to network and to meet fellow food lovers.  The monthly meetings are held at different locations each month and this was our lucky meeting spot for July courtesy of host Beth Fisher, chef at Wise Acre Eatery.

We started off the meeting/tour with a lovely feast made by Beth Fisher and her crew from Wise Acre Eatery, which is a restaurant owned by the farm.

The meal consisted of pulled pork sandwiches with peach BBQ sauce, red cabbage coleslaw, potato salad, and fresh pickles; along with fresh lemonade and summer water (water with fresh herbs).  It was amazing!

For dessert, we had frozen custard with rhubarb caramel sauce and brownie chunks on top.   I didn’t get a photo because I had to eat it quickly, before it melted.  (Temps were pushing 100 degrees). 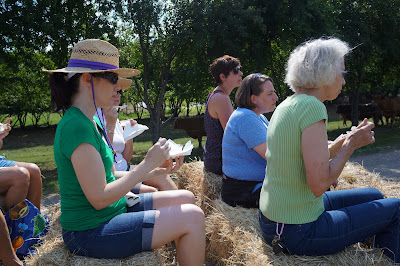 After lunch, we took a hayride tour around the farm.  The tractor was driven by Engelmann’s father, while Engelmann explained the farm. 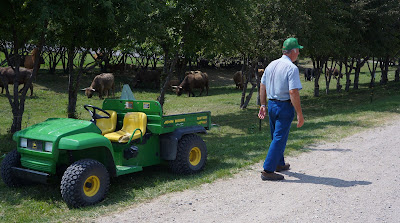 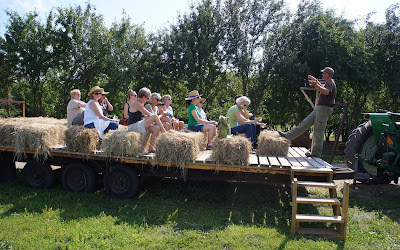 Dean Engelman﻿n and Scott Endres met at the University of Minnesota and bonded over their shared agricultural heritage and a love of new ideas.  They started Tangletown Gardens in 2002.

It's easy to see Engelmann's passion for farming and pushing the envelope.  Stating, "If we don't fail regularly when trying something new, then we aren’t trying hard enough.”  You can tell that he holds holds himself and the farm to the highest quality standards. One term that I heard Engelmann say repeatedly during his discussion was “culinary quality.”   Everything they produce is with the goal of high culinary quality; be it the best carrot, the best pork chop, or the best potato for making French fries.
Engelmann grows annuals, perennials and other plants for their garden center and landscaping services.  In addition to the plants and produce grown year-round in the fields and greenhouses, there is a lot of livestock roaming the farm as well.

Engelmann raises Scottish Highland cattle, which is a breed of cattle that is more common in Scotland or Wales than rural Minnesota.  Apparently, The British Royal Family eats this type of beef.  As Engelmann joked, “If it’s good enough for the Royals, it is good enough for us.” 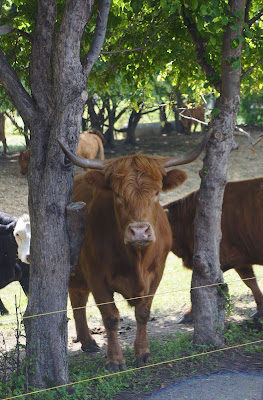 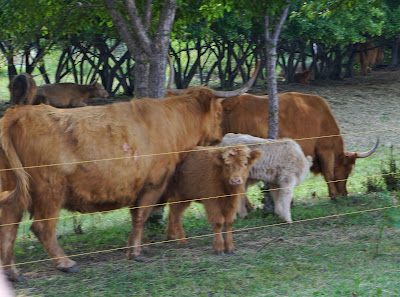 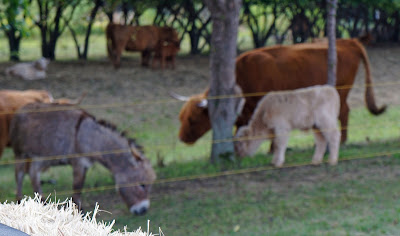 The hogs raised on the farm are Large Black Hogs and the rare Heritage Berkshire breed, chosen for their taste and also as a way to prolong the breed.  Engelman﻿n mentioned that the pork chops from his pigs are more red than pink, stating that pork isn’t supposed to be white (referring to the pork campaign calling pork the other white meat).  “The commercial way of raising pigs, with vaccines being given practically every four minutes, changes the way pork should look and taste,” says Engelmann. 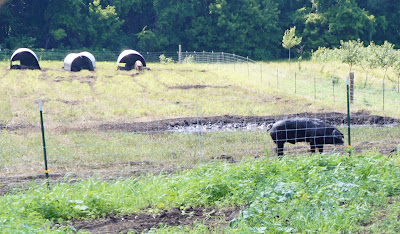 The chickens raised on the farm roam around cage free.  They also come in handy as lawn mowers by being moved around in their portable coop to new pastures that need to be “cleaned’ up.  Talk about self-sustaining; the animals are essentially put to work unbeknownst to them (they are doing things that are natural to them, such as eating grass or tilling up the soil). 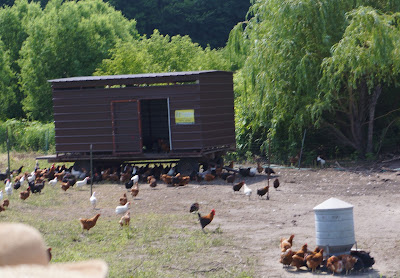 Engelmann follows a rotational system, meaning that he will let parts of the land to go dormant in order to be rejuvenated.  When a section is taken out of production, it is planted with cover grass that is eaten by the cattle that, in turn, leave behind manure that is spread by the chickens. The hogs finish the task by digging up and aerating the soil.  After all, growing high-quality items is all about the soil and Engelmann seems to have this down to a science.  Even the food scraps from the restaurant are returned to the farm and either composted, fed to the animals, or added to the soil.
The items from the Tangletown Gardens farm can only be purchased at the garden center, through their CSA, or in the restaurant.  They don’t sell anything to middlemen or other retailers.
While it doesn’t sound like a restaurant was part of the original plan, it seemed meant to be when the custard shop across the street from the garden center closed.  Engelman﻿n and Endres bought it and opened Wise Acre Eatery, a restaurant developed primarily around the produce and livestock grown on the farm.  Essentially, a farm-to-table restaurant in its truest form.

Various vegetables picked on the farm at 10 a.m. that morning will be eaten by Wise Acre customers that evening.  Now that’s fresh.

I had a great time on the farm and didn’t want to leave.  But, unfortunately, I had to rush off to get back to the city by 5 p.m. for an appointment.

This experience was a powerful one for me.  We all keep hearing about farm-to-table and the importance of eating locally.  Well, it is experiences like this that really makes it hit home.  I’m a visual person and being there really helped me understand the importance of getting to know your local farmers and the care they put into the items they produce.  I can’t wait to meet more local farmers and support their efforts.  Having met Dean Engelman﻿n and seeing his farm, the plants/produce, and the animals, it made me want to support him by rushing over to the garden center and certainly to Wise Acres Eatery.

I’m actually going to Wise Acres Eatery tomorrow for lunch with a friend and can’t wait. It has been on my "to eat at" list for months.  I also get to interview Beth Fisher, the chef, for her involvement with the March of Dimes Signature Chef Auction.  It should be interesting to talk to her about her experiences working with the farm and working with the freshest ingredients for the restaurant.

I want to know your local favorites; farms, cheese, honey, meats, produce, whatever....   Talk to me.