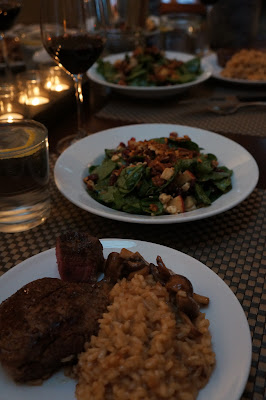 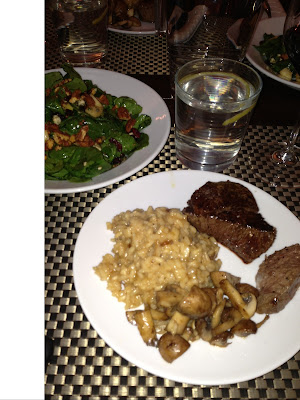 I served it with Filet Mignon, sautéed mushrooms, and a spinach salad.   So good.   I actually made it for my sister Casey for her birthday.  Instead of “Cooking with Casey,” I cooked for Casey.   She and I need to get into the kitchen again for our "Cooking with Casey" nights.   The last time we were supposed to cook a fabulous meal together she had food poisoning.    We’ll be sure to get it on the calendar soon; she is a great sous chef.

Pairing
Red Wine.  We had it with a 2008 Northstar Walla Walla Merlot, which was very good.  I usually prefer a Cabernet Sauvignon or Zinfandel with steak but this was really good and lush.  I love velvety wines.