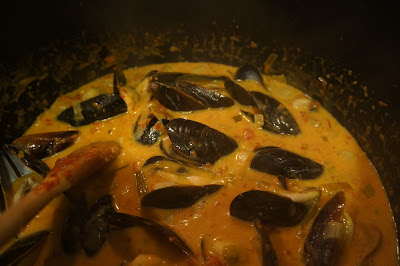 Believe me; this dish is so much better than it sounds. I probably should come up with a better name but figured fish soup is better than fish stew.  In actuality, it is more of a seafood bouillabaisse.  In Italy it could be called cioppino or acqua pazza; acqua pazza is Italian for “crazy water,” which is an aromatic fish broth flavored with white wine, garlic, and tomatoes.  Enough about that, you get the idea…..

This is the recipe I chose for Valentine’s Day per my husband’s request.  It is a recipe I came up with and have tweaked and perfected over the years.  It's a great winter meal.

We normally don’t go out for Valentine’s Day because I don’t like holidays where the restaurants have a set menu and the place is packed.  Usually the service and the food suffer and it ends up being a less-than-stellar experience and, quite frankly, a waste of money.  (I feel this way about New Year’s Eve too.)  I think these busy, popular holidays are a good excuse to cook at home and make something a little extra special. 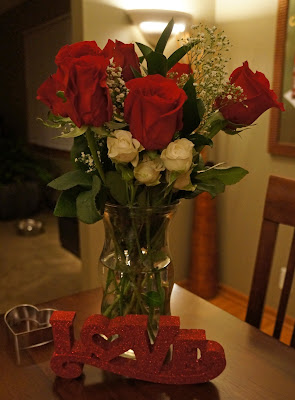 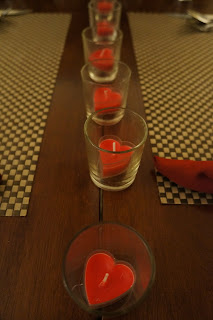 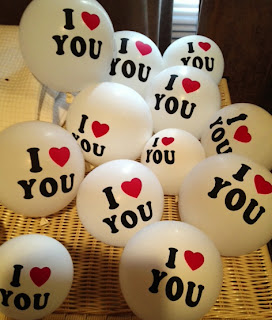 Sides: I served it with a Bibb lettuce salad and French baguette, which is perfect for dipping in the broth. 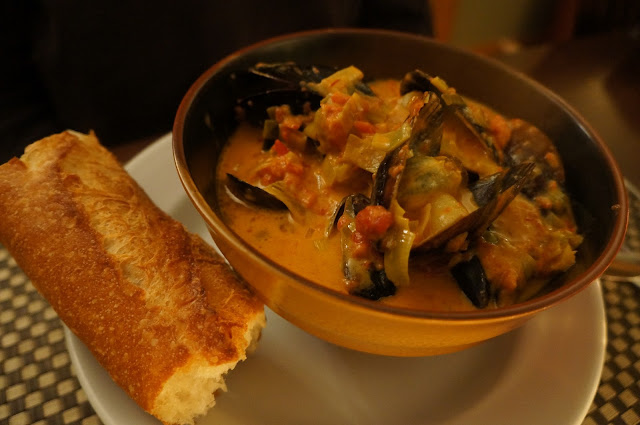 Pairings: I like to serve this dish with a creamy, lightly oaked Chardonnay from Burgundy, France or a brut-style Champagne. 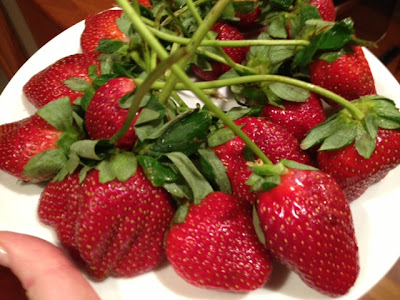 What is your favorite “romantic” meal to cook or eat?  Talk to me…..

Posted by Penelope Austin at 11:17 AM No comments: Links to this post 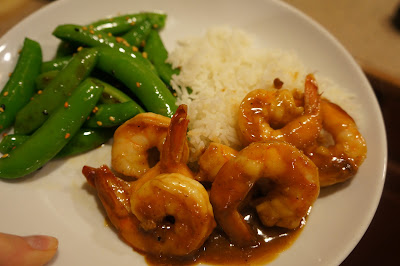 I was looking through some of my pinned Pinterest recipes and I actually had all of the ingredients for this recipe so I thought I would whip it up for dinner.

If you find it odd that I just happened to have shrimp laying around with no plans for it, I always have a bag of frozen shrimp in the freezer.  I buy the big bag of raw, big 21-25 count) shrimp at Costco (Kirkland brand).  It is easy to defrost a couple shrimp really quickly to use for a variety of dishes.  FYI - I don’t like to buy pre-cooked shrimp because when heating it up the texture changes and not in a good way.  Raw is the way to go, cuz you have more control over the cooking process. 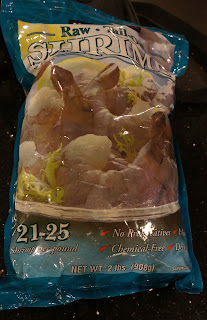 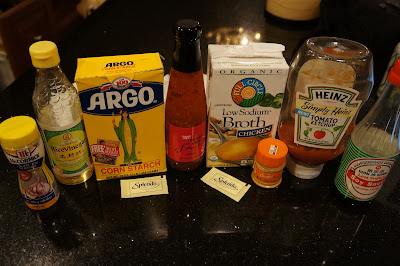 My Version: I followed the recipe except that I didn’t have any fresh ginger or garlic so I used them from my spices (minced garlic and ginger powder).  I also cooked the shrimp almost all the way (less than 2 minutes on each side) and then pulled them out of the pan and reduced the sauce for a bit (3-4 minutes); then I returned the shrimp to the pan for the last 45-60 seconds to warm them up and cook them through.


Sides: Serve with Snow peas and jasmine rice.  For the snow peas, I blanched them (put in boiling water for 30-60 seconds and then put in ice water) to set the color and cook them a bit and then I sautéd them in a pan on high heat with a little bit of sesame oil – it is quick; 2-3 minutes.  Top with toasted sesame seeds.


My Verdict: I thought it was really easy and good.  I’m not sure if I would make it again but it was fun to try a new shrimp dish.  If I did make it again, I might do half ketchup and half Sriracha to add a little more spice.


Pairings: I didn’t have wine with it, but it would be good with a Riesling or Gewürztraminer. 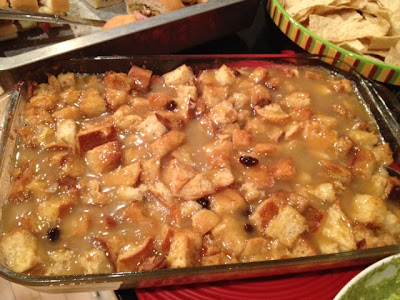 A friend of mine has an annual Super Bowl party in which she asks guests to bring dishes from the cities of the playing teams or the location of the game.  I debated San Fran clam chowder or Baltimore crab cakes, but ultimately opted for New Orleans bread pudding.

I’ve never made bread pudding before so it was a fun new recipe to try. 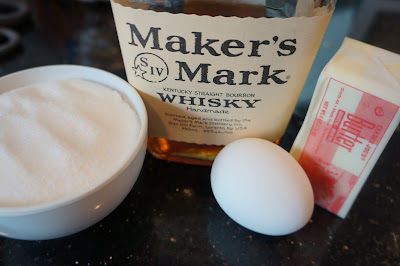 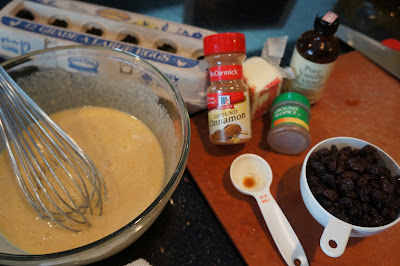 Method
Bourbon Sauce:
In a saucepan, melt butter; add sugar and egg, whisking to blend well. Cook over low heat, stirring constantly, until mixture thickens. (Do not allow to simmer, or it may curdle.) Whisk in bourbon to taste. Remove from heat. Whisk before serving. The sauce should be soft, creamy, and smooth.

Verdict:
The bread pudding was delicious and a big hit at the party - people were eating it with their fingers as they would walk by.  It was irresistible.  One guy who said that bread pudding is his favorite dessert confirmed that "I nailed it."
I would definitely make it again.  One thing I would do differently is cut the bread smaller, I forget how much the bread "grows" after absorbing the milk. 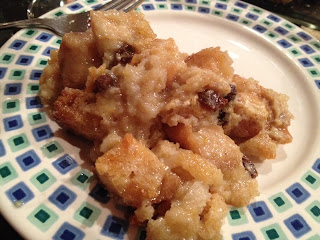 Posted by Penelope Austin at 1:06 PM 2 comments: Links to this post